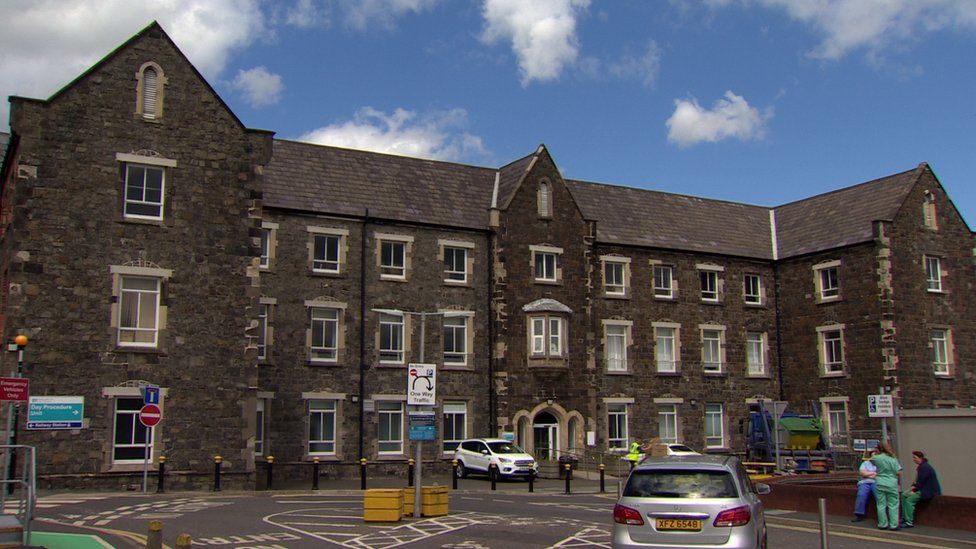 image captionThe stone building, in which day procedures now take place, was once the Belfast Workhouse

If there is a building that symbolises how life has changed in Northern Ireland over the past century it stands on the vast Belfast City Hospital site.

The grey stone building, in which day procedures now take place, was once the Belfast Workhouse.

Thousands of men, women and children were still housed there in the 1920s.

But the city hospital – like others across Northern Ireland, from Londonderry to Lisburn, Newry to Newtownards – grew out of the infirmary attached to the workhouse.

The political implications of partition in 1921 have been far reaching and widely studied.

But what was wider life like in Northern Ireland for people in the years following 1921?

How did people experience health, employment and education and how did changes then shape the country of today?

The workhouse is a good place to start.

In many ways, conditions remained Dickensian post-1921, but for some people it was all there was to stop them from starving.

”If you weren’t able to fend for yourself or your family you became an inmate of the workhouse,” Dr Olwen Purdue of Queen’s University told BBC News NI.

”You stayed there for as long as you had to, you were expected to work long hours and food and accommodation was of the most basic form available.

”The idea was it acted as deterrent so people wouldn’t go to the workhouse unless they were absolutely destitute and there was also a real stigma attached to becoming a pauper and becoming an inmate of a workhouse.” 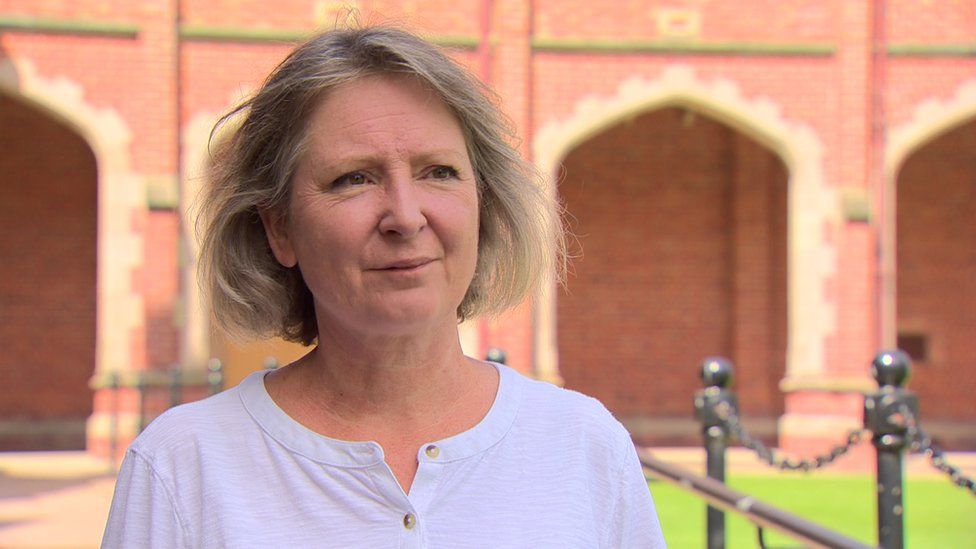 And there were many of those even into the 1930s, when the workhouse finally closed its doors.

Though massive ships were still rolling off the Harland and Wolff slipways, mass employment in shipbuilding and linen which had previously powered Northern Ireland was in decline.

”The 1930s were a time of high unemployment in the city, real destitution and for many, many people admission to the workhouse remained the only form of welfare available to them,” Dr Purdue said.

”If we take Belfast, for example, among those who would have been employed in shipbuilding and linen, rates of unemployment were sitting at around 57% in some instances.

”We associate the workhouse with Victorian London and Oliver Twist but actually the workhouse was still, for many, the last resort in 1930s Belfast.”

And yet half a mile from the Belfast workhouse at Queen’s University, life for some couldn’t have been more different.

Footage of Sir Winston Churchill’s visit to Queen’s in 1926 shows well-to-do besuited students smiling and cheering as they present him with the gift of a new hat.

But as university students they were not representative of wider trends in education at the time.

”Education at somewhere like Queen’s University was for the wealthy, it was for the middle classes,” Dr Purdue said.

”It was largely Protestant, it was people whose fathers were doctors and who wanted their sons and daughters to have a university education.

”It was very much for those who could afford it and for the upper levels of society.” 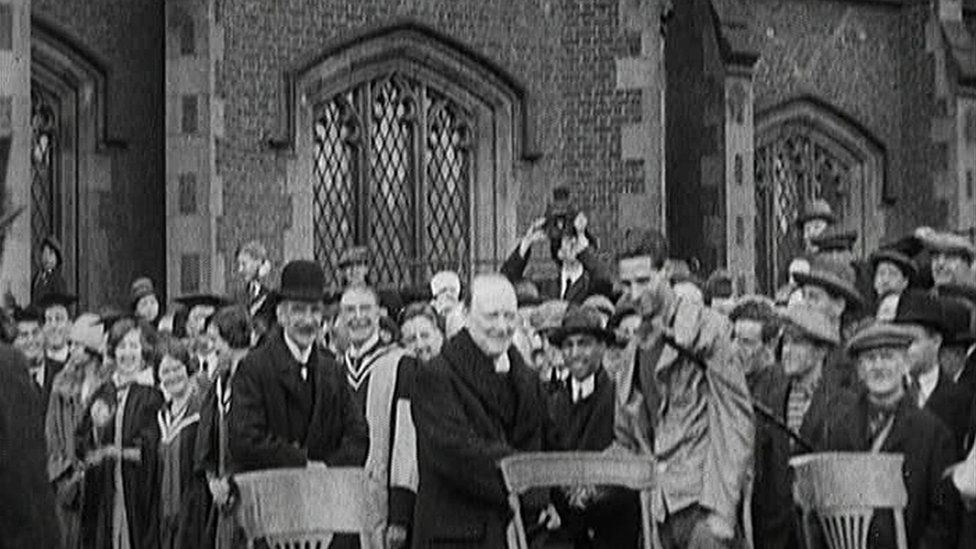 For many other children, education ended as they reached their teens.

”There was an expectation that children would leave school at an early age,” according to Dr Purdue.

”In many ways, staying on in education was a luxury and the expectation was that you would leave school and then go to work because work was essential for the family household income.”

About 20% of children were selected at 11 for grammar schools; the rest went to secondary schools.

Academic selection remains today and remains controversial but the 1947 Act did at least open up a route into higher and further education for generations of children.

”I think that really transformed society, particularly the Catholic community benefitted from that, but also working-class Protestants who, for the first time, were able to go through secondary school and into university,” Dr Purdue said.

The most stark difference between 1921 and today, though, lies in the fact that, on average, we live 20 years longer.

According to Dr Purdue, life expectancy for the mass of people in 1920s Northern Ireland was lower than 60.

”In the early 1930s life expectancy in Northern Ireland was around 59, which is appalling when we think of it today,” she said.

”Life expectancy is somewhere between 78 and 82 years of age so there has been a significant shift over the last 100 years.” 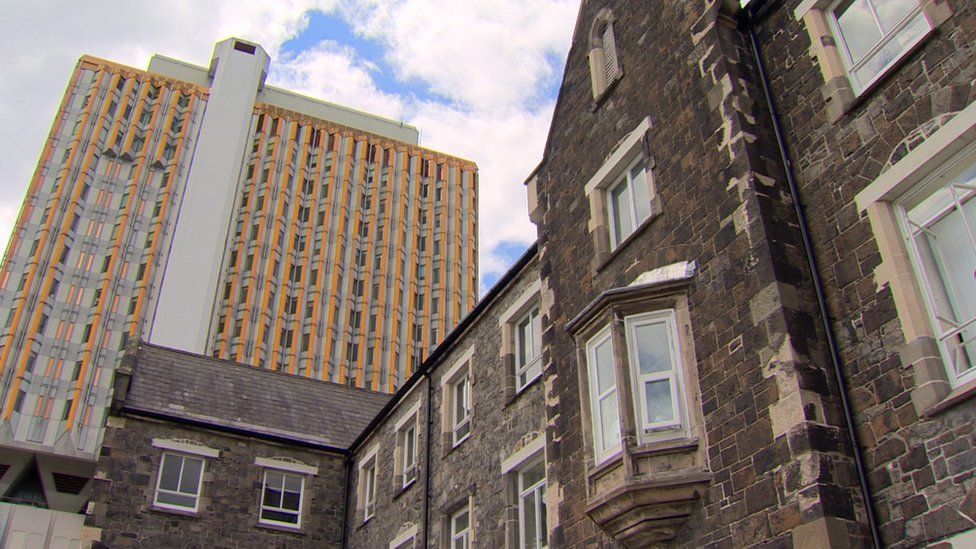 Some diseases which were killers then are almost extinct now.

”What we see now is that Northern Ireland’s death rates are the lowest in the United Kingdom and significantly lower than the rest of Ireland so that is one example of a major shift.”

The founding of the National Health Service (NHS) by the Labour government in England in 1948, bringing free healthcare and the creation of a welfare state, changed so much across the UK.

But there were also two significant developments just prior to that which set in motion the transformation of health care in Northern Ireland.

A separate Stormont Ministry of Health and Local Government was set up in 1944 after a series of critical reports into the health service.

The Health Acts in Northern Ireland in 1946 then brought most hospitals under the control of a new Hospitals Authority.

According to Dr Purdue, those also helped shape the NHS we know today.

”At the minute, obviously, we’re very conscious of some of the issues that exist around the health service and the state it’s in,” she said.

”But when we look back to 1921 and the 20s and 30s even, we have witnessed massive change and progress in terms of people’s living conditions and some of the social issues that we face as a society.”